As grade twelve exams finish, Dara anticipates a summer working in the family market garden and hanging out with her fri 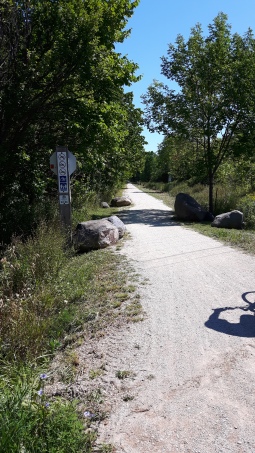 end Korina. But when her friend heads out to jog on the Georgian Trail outside Thornbury, a strange shadow attacks her. Out at the mound south of the town on the night of the solstice, when a stranger William joins them, a giant shadow-creatures comes after them. From thing Dara’s father does, they realize that the dangerous creatures are somehow connected to his search for a revolutionary renewable power source.

Using the ancient science of alchemy and the cup of the goddess Ceridwen that he stole before leaving Scotland, Dara’s father releases forces he cannot control. He is trapped in a conduit into Faerie, the land of elves. Dara’s cousin offers to help them free him if they release him: he is actually an elf enslaved years earlier. With his help, Dara and her friends fight the poisonous by-products he released into Faerie, working to rescue him before he succumbs to the power he unleashed.

In this story, familiar sites in Grey County become places of mystery and danger as Celtic mythology and the magical science of alchemy come to life.

The fractured limestone, shale beaches, ski hills, and rail trails become thresholds from ordinary life into something new and unexpected. Three young people getting ready for university discover the make-up of the world is very different than they learned in school as their skills and courage are tested.

Fractured: When Shadows Arise is available for purchase at  Waldorf Publishing, Target, Barnes & Noble and Amazon.com.